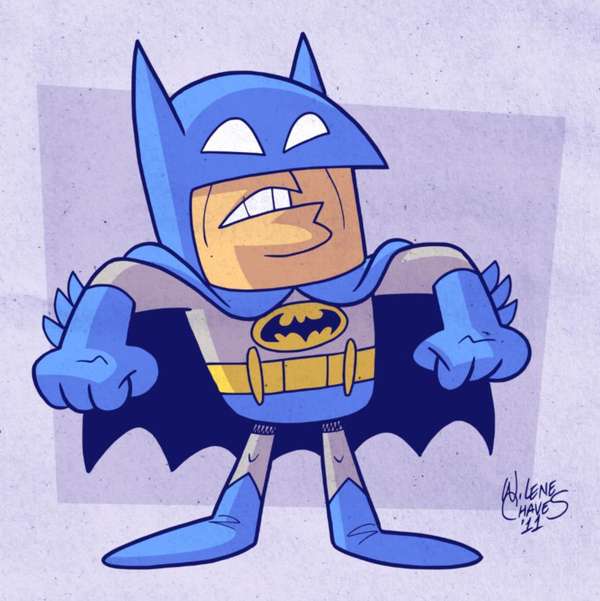 Chaves' illustrative style hearkens back to art commonly found in shows like Little Lulu, Dexter's Laboratory and The Flintstones, but I'm not one to complain. It's actually quite refreshing to see the normally anatomical perfection of superhero bodies contorted into cutesy lumps and bulges.

Equally as fascinating as the characters he draws however is Waldemar Lene Chaves himself, whose a doctor by day, and a recreational illustrator by night. In fact, Chaves takes his hobby so seriously, he's even now currently taking commissions. He'll draw practically anything, as long as you can describe it vividly enough for him.
5.1
Score
Popularity
Activity
Freshness
Get the 2021 Trend Report FREE