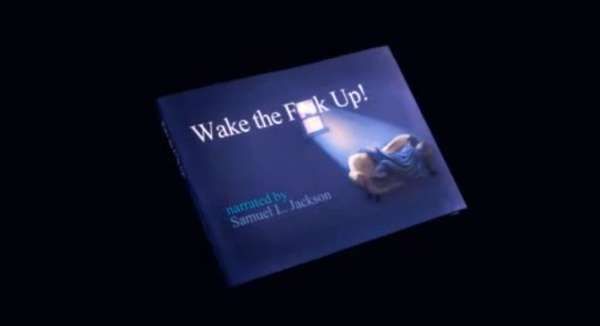 Jennifer Gosnell — September 28, 2012 — Pop Culture
References: youtube & slate
Share on Facebook Share on Twitter Share on LinkedIn Share on Pinterest
Samuel L Jackson's newly released political ad 'Wake the F*ck Up,' created in favor of the Obama bid for presidency in the 2012 election, puts a profane spin on a classic nighttime story. Jackson has previously released other expletive-ridden works including 'Shut the F*ck Up and go to Sleep.'

In his latest bed time story, Jackson features a young girl traumatized by the political platforms of the Romney-Ryan ticket for American presidency. After realizing the consequences of not voting for current U.S president Barack Obama, she encourages those around her to wake up and abandon their politically apathetic attitudes.

In comparison to the 2008 election, where both candidates had a lot of movement and a lot of support, the current election has seen an incredible lack of excitement surrounding both nominees. The anti-apathy ad comes two months prior to the November election and encourages potential voters to "Wake the F*ck Up."
1
Score
Popularity
Activity
Freshness
Attend Future Festival