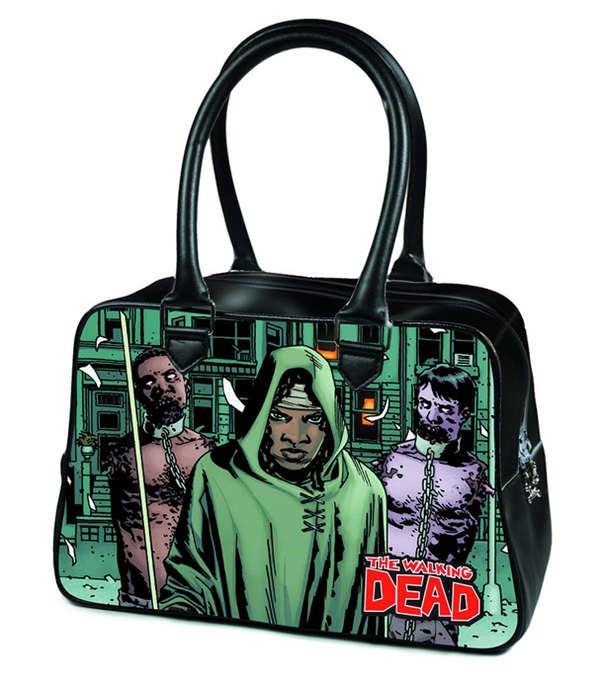 Amanda Greer — May 28, 2013 — Pop Culture
References: urban-collector & fashionablygeek
With these new zomberrific bags from Urban Collector, no one will ever doubt that you would survive a zombie apocalypse ever again. Displaying panels from the graphic novel series, these bags are the epitome of zombie love.

Each bag depicts drooling, flesh-eating zombies as they advance on some of the graphic novels' heroes and anti-heroes. Due to its graphic novel ancestor, these Urban Collector bags are vibrantly colored and extremely eye-catching. With greens and pinks and blacks splashed over their fronts while depicting some horrific characters, these purses demonstrate a dark side of cartoon design.

With the new season of The Walking Dead premiering in the near future, these bags are the perfect way to celebrate as well as satiate the zombie hunger and withdrawal symptoms by die-hard Walking Dead fans -- at least temporarily.
2.7
Score
Popularity
Activity
Freshness