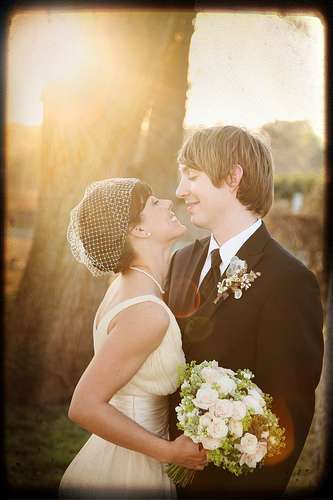 Marissa Brassfield — February 14, 2009 — Lifestyle
References: sciencedaily
A University of Iowa marriage study reveals that current college undergraduates are more concerned about meeting and marrying someone they love and are attracted to than students from prior studies.

For the study, 1,100 undergraduates were asked to rank 18 characteristics according to what they most prefer in a mate. Students came from the University of Washington, the University of Virginia, Penn State University, and the University of Iowa. Sociologists Christine Whelan and Christie Boxer broke down the results of the marriage study and found some surprising results.

Both men and women ranked "Love and Attraction" as their top priority in a relationship in the marriage study; however, according to Science Daily, a few years ago this same characteristic wasn't in the top three. Then, it was important for males to marry someone who was adept in the kitchen and who was chaste. Conversely, chastity was the lowest-ranked characteristic for both genders for the 2008 study.

So, what are the top three things that men and women want? According to the University of Iowa marriage study, both genders agreed that mutual attraction and love, a dependable character and emotional stability won out over all.
2
Score
Popularity
Activity
Freshness