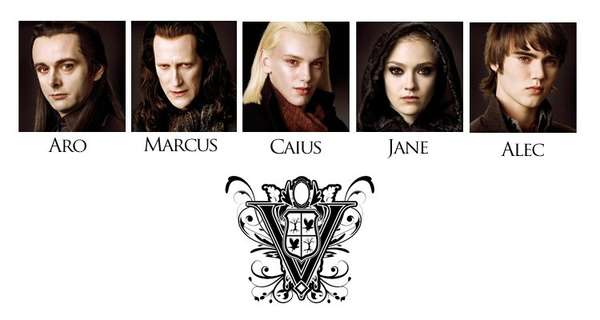 In the story, the Volturi Clan is said not to create reflections in mirrors, but since they can appear in photographs, their head shots have been leaked online.

Complete with The Vampire Elders make up, Michael Sheen as Aro and Dakota Fanning as Jane, are quite recognizable. The rest of the Goth-looking cast, Christopher Heyerdahl as Marcus, Jamie Campbell Bower as Caius and Cameron Bright’s Alec, are all featured in the picture. Only missing is Canadian model Noot Seear who has been tapped to portray the gorgeous-looking Heidi.

The leaked Twilight New Moon Volturi picture does not say much about the movie, but this must be a publicity stunt, or even official Web site material.