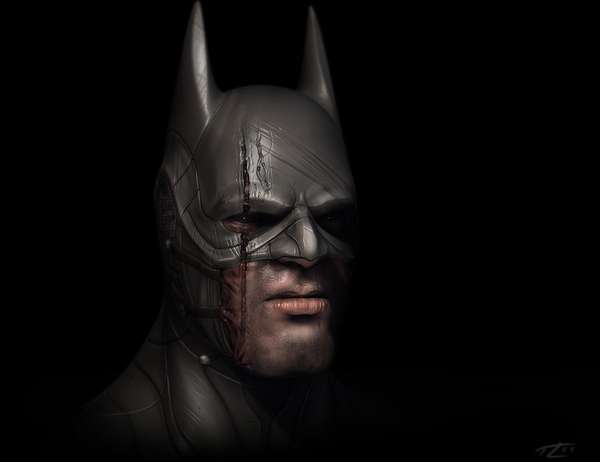 Tom Lishman Illustrates Battle-Worn Batman and a Host of Villains

Jason Soy — July 27, 2011 — Pop Culture
References: tlishman.deviantart & ufunk.net
This illustration of Batman by Tom Lishman may be difficult to look at, but bare in mind that realistically, a person dressing up as a bat and beating people up at night is going to severely hurt himself.

Tom Lishman's digital portraits are something that can totally be used in a video game for the Dark Knight, but the gritty and morbid feel to his pictures is definitely what sets his illustrations apart from his peers. Those with a strong stomach should check out his zombification of Batman, which has Bruce Wayne missing a large portion of his jaw.