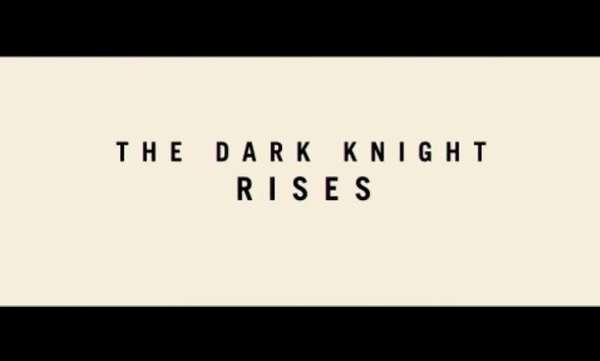 Jason Soy — July 19, 2011 — Pop Culture
References: thedarkknightrises & comingsoon.net
Share on Facebook Share on Twitter Share on LinkedIn Share on Pinterest
Yet again, Christopher Nolan is toying with his fans as he releases The Dark Knight Rises teaser with very minimal new footage. Instead, the promotional piece for the latest Batman film utilizes clips mostly from the two previous films, recounting Bruce Wayne's journey thus far as he becomes Batman and finds a way to leave the crime-fighting persona behind.

The Dark Knight Rises teaser does, however, reveal some significant information to whet fans' appetites. For instance, viewers will see Commissioner Gordon bed-ridden and speaking to who audiences can only assume is Bruce. Viewers are also treated to a shot of Tom Hardy's face as he portrays the imposing Bane. The trailer concludes with a stammering Batman trying to regain his composure after what can only be a scuffle with Bane himself. Savvy audiences with keen eyes will also notice a mysterious figure watching Batman and Bane during this brief scene.

Implications - Movies have the ability to generate large sums of revenue because they offer consumers an escapist experience at an affordable price. Corporations in other industries may adapt a similar mentality and provide consumers with budget-friendly diversions.
4.1
Score
Popularity
Activity
Freshness
Get Trend Hunter Dashboard