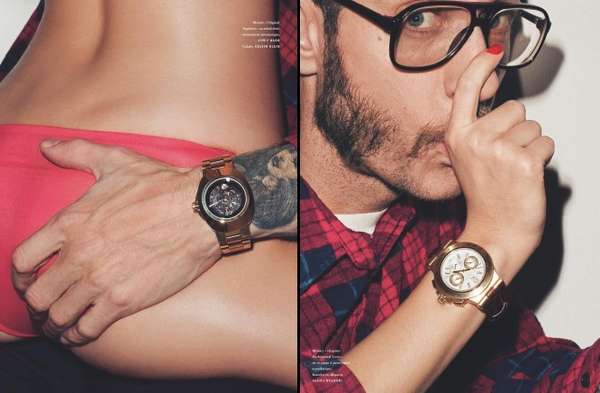 Terry Richardson Has a Scandalous Time in Vogue Hommes

But for a while, Richardson seemed to have mellowed and toned down his style. Well, the man is back to his old tricks in this new scandalous editorial entitled Autoportraits in the new Spring/Summer 2009 issue of Vogue Hommes International.

Richardson himself co-stars in the editorial alongside model Anna Selezneva with styling by Leslie Lessin and realization by Brune de Margerie.

What I love about this editorial is that it works perfectly for showcasing the glamorous and expensive watches on the arms of Richardson and Anna. This reminds me of the crotchvertising editorial we recently featured which also sells watches with scandalous positioning.