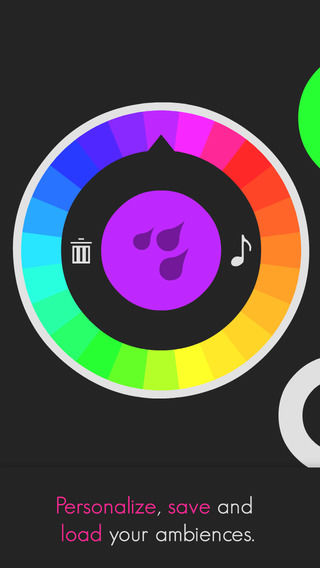 From chirping birds to thunderous rumbles and the crashing waves of the ocean, Taomix app has over 45 nature-bases sounds that can be layered, isolated and amplified at a user's request. These changes are represented by colors, which makes it easy and intuitive to make custom mixes. Unlike similar apps that only use sliding scales for volume, Taomix has a dynamic sound feature: "You can then throw the grey cursor slower or faster to get your environment to evolve in time. For example, listen to the ocean’s waves get stronger as the storm begins while the sound of the seagulls slowly disappears."

Since falling into a deep sleep is so easy, the app also has a built-in timer that will cause the relaxing sounds to stop after the specified period.
5.4
Score
Popularity
Activity
Freshness
Attend Future Festival