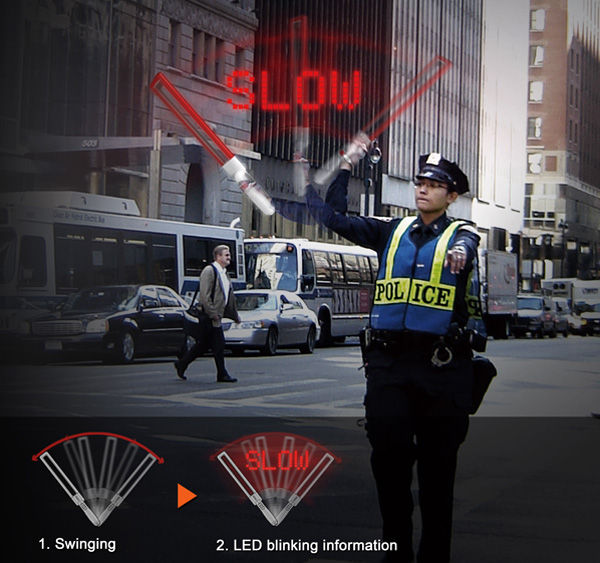 The Swing Baton Directs Traffic with the Flick of a Wrist

Michael Baxter — April 21, 2014 — Tech
References: gajitz & yankodesign
Share on Facebook Share on Twitter Share on LinkedIn Share on Pinterest
The swing baton is going to change the way that traffic cops do their jobs. While it’s a very rare instance that traffic lights do go down, when they do, traffic police will be more than ready to take control.

At first, the baton looks like a miniature lightsaber with both a red and green light function, but it’s much more than that. The cool thing about the swing baton is that when you swing it back and forth, you can actually see the words slow or fast out of virtually thin air. The baton works in a way similar to sparklers. When moved fast enough, it leaves a lasting impression that can be made into tangible words.

While traffic cops aren’t usually out in full force, we’ll now get to see them at their best with the swing baton.