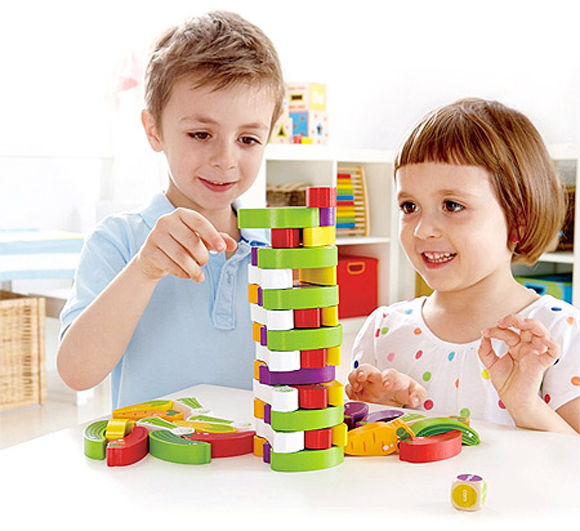 The game is similar to Jenga with a few minor tweaks. For example, instead of using wooden rectangular blocks, the pieces are colorful and are shaped like vegetables. The set includes 54 pieces that resemble carrots, peppers, pickles, celery, squash and corn.

The game has the same set up as Jenga; players must set up the game by stacking up the blocks in groups of three. However, instead of pulling out any piece you wish, players must roll a set of dice to determine which vegetable they must remove, encouraging kids to learn their vegetables.