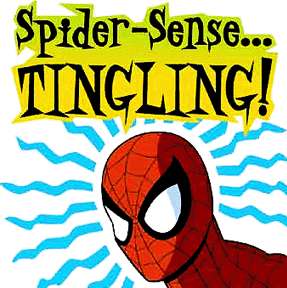 Trendopoly — May 2, 2007 — Unique
References: wired & hardware.slashdot.org
Share on Facebook Share on Twitter Share on LinkedIn Share on Pinterest
The Pentagon has plans to merge a new optics system with soldiers brains, allowing electrodes to monitor neural messages, thereby enabling much quicker reaction times. This means that when the brain senses danger, the soldier would be immediately notified of danger... before their own brain even has time to process the data.... think: Spidey Sense for Soldiers!

"DARPA is developing a new optics system to help soldiers identify threats earlier.
â€œThe most far-reaching component of the binocs has nothing to do with the optics: it's Darpa's aspirations to integrate EEG electrodes that monitor the wearer's neural signals, cueing soldiers to recognize targets faster than the unaided brain could on its own. The idea is that EEG can spot 'neural signatures' for target detection before the conscious mind becomes aware of a potential threat or target. [...] In other words, like Spiderman's 'spider sense', a soldier could be alerted to danger that his or her brain had sensed, but not yet had time to process.â€