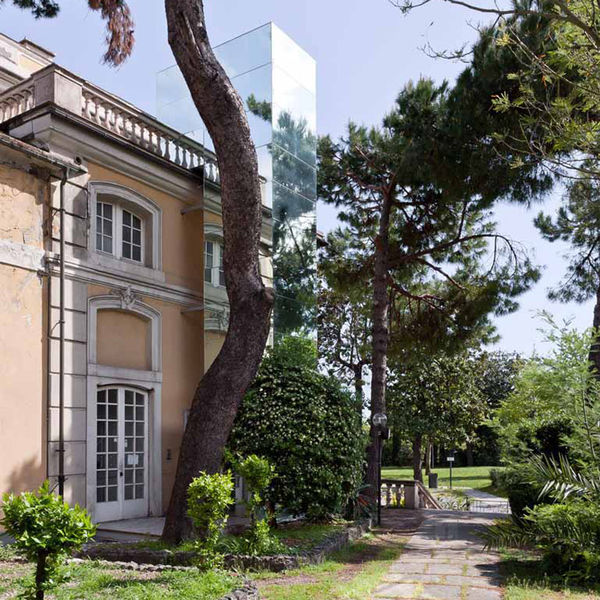 The addition was put in to give people access to the villa's upper section, which was difficult to reach before. As for the choice of material used, the owners were looking for something that would reflect the surroundings of the house, so what better way to do this than install a mirrored surface that literally achieves this effect? While some may say that the addition looks out of place, others will appreciate its modernity while upholding the aesthetic of the 18th century villa.