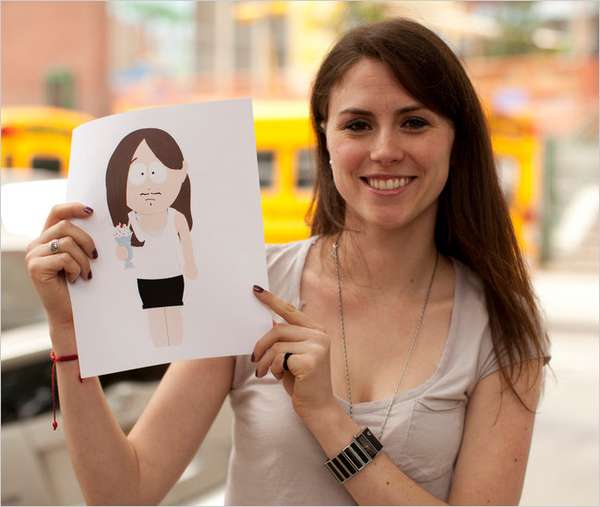 Marissa Brassfield — July 17, 2011 — Pop Culture
References: nytimes & foodista
Fans of Cartman, Kyle, Stan and Kenny will be pumped to learn that Comedy Central and Frito-Lay are teaming up to roll out 1.5 million bags of South Park Cheesy Poofs. If you'd rather not shell out the $2.99 each bag will cost at Wal-Mart, head to San Diego's Comic-Con International this weekend and check out the Ultimate "South Park" Fan Experience for a free bag.

The 15,000-square-foot South Park exhibit will also feature a replica of South Park Avenue, including the kids' school cafeteria, which is where the Cheesy Poofs will be served. Visitors can also customize South Park-inspired avatars for social networking sites.

The South Park Cheesy Poofs, personalized avatars and exhibit at Comic-Con International are all part of a campaign Comedy Central is calling "Year of the Fan." The promotional initiatives celebrate the 15th season of South Park by thanking devoted fans who've stuck with the controversial show for almost two decades.
2.6
Score
Popularity
Activity
Freshness