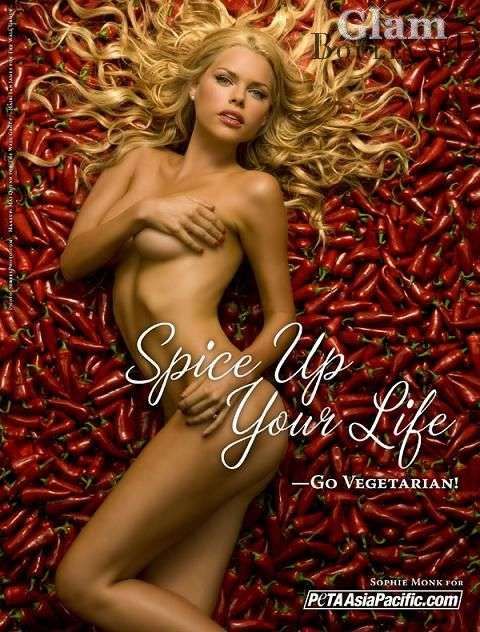 The spicy ad is intended to persuade people to "kick their meat habit," said the Aussie beauty in an interview with the organization.

"If you are going to take your clothes off for something, it better be a good cause."

On her meatless diet, Monk said, "There's no doubt in my mind that going vegetarian has made me feel better not only physically but also because I learned about the suffering of animals who are raised and killed for food."

The American Beauty inspired print and billboard campaign sports the tagline, "Spice Up Your Lifeâ€”Go Vegetarian" and feature Sophie lying on a bed of red hot chili peppers.

She follows in the footsteps of other actresses including Alicia Silverstone and Dita Von Teese who have taken off all their clothes to draw attention to the cause of not eating meat.

Check out some other celebrity activists who have chosen to be featured in sexy PETA ads to promote their love of animals: