Touchscreen Smartphones for the Masses 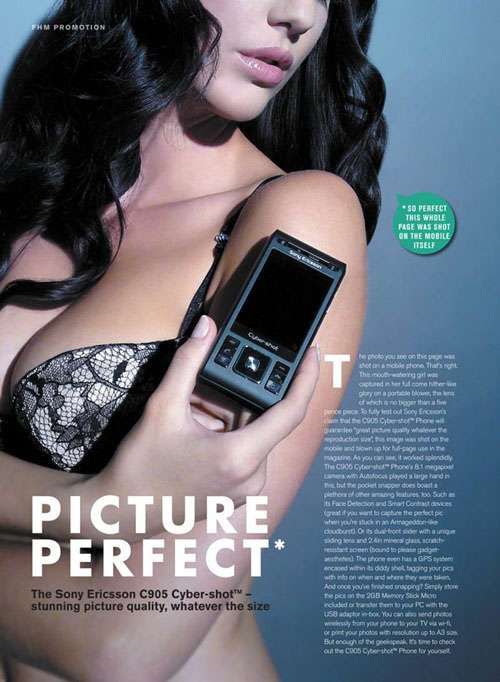 The campaign is a collaboration between Sony Ericsson and popular men’s magazine FHM, as you could guess from the sexy model holding the phone.

The unique technique emphasizes the selling point of the C905 handset, its powerful camera. The phone’s camera is put to the test by letting a professional fashion photographer use it under professional lighting, models, hair and make-up.

“This is an amazing opportunity for us show off the capabilities of our new phone,” explains David Hilton, the Marketing Director of Sony Ericsson UK & Ireland.

“The audience and timing of this campaign is perfect for generating a buzz within the gadget-mad young men of Britain, just as their Christmas wish lists are being created.”

The campaign is running as advertorials (advertising editorials) in the December 2008 issue of FHM, just in time for the lucrative Christmas shopping season.
2.8
Score
Popularity
Activity
Freshness
Get the 2023 Trend Report FREE