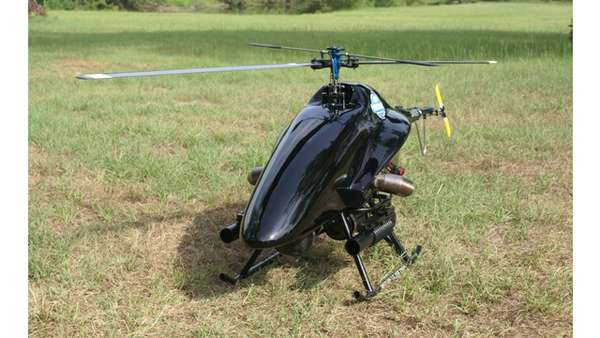 The ShadowHawk is an RC Helicopter That Fights Criminals

Developed by Vanguard Defense and released to glowing reviews, the ShadowHawk is a 7-foot-long helicopter designed to track down, record and neutralize criminals. Armed with a 40mm camera, the UAVs main prerogative is surveillance, with armed conflict as a secondary capability. Even heavy winds aren't enough to deter the ShadowHawk, as it's capable of maintaining 70 mph speeds during violent storms.

For the time being, ShadowHawks have been deployed primarily to the Horn of Africa in search of Somali pirates. But local American law enforcers have grown fond of the unassuming toy and are relying on it with greater frequency. Unfortunately, the ShadowHawk isn't being offered to private customers at the moment; however, it's only a matter of time before we're all causing havoc with our own helicopters.
3.7
Score
Popularity
Activity
Freshness
Get Better and Faster