50 Ways to Travel in Snow
Next
Set of
Related
Ideas 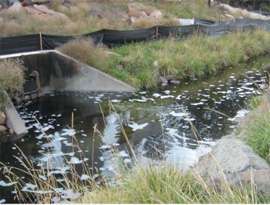 Vacation Lodges Resort to Deploying Sewage Snow on Their Hills

Artificial snow is typically made from a hydrated artificial polymer, although it unfortunately doesn't feel very convincing to the touch. As a result, sewage snow has taken the spotlight as the best alternative to actual snow -- it's thicker, fluffier and made from toilet discharge. The Snowbowl Ski Resort in Arizona as well as a number of lodges in Australia have already deployed the waste water on their slopes, much to the chagrin of locals and visiting skiers.

Despite being perfectly clean, snow derived from treated sewage is largely reviled by the public. It's certainly understandable, but when climate fluctuations prevent natural snow from falling, will devoted skiers and vacationers continue complaining? It's doubtful.
0.4
Score
Popularity
Activity
Freshness
Get Trend Hunter Dashboard