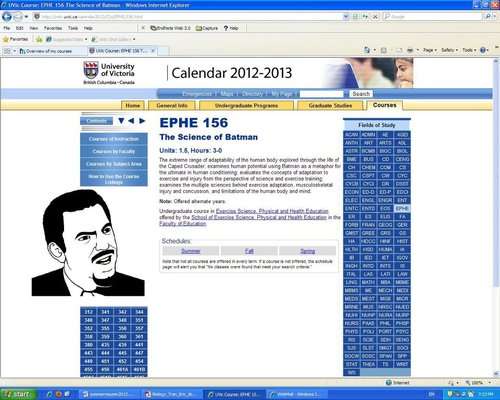 The Science of Batman course doesn’t actually teach you how to become the Dark Knight, but rather explores the scientific reality that is Bruce Wayne’s alter-ego. The course explores such themes as using Batman as a metaphor for both physiological and psychological human conditioning, adapting exercise and preparation for achieving personal goals and the science behind injuries and the recovery process. The idea of exploring limitations of humanity while using pop culture and comic book heroes as a reference point is actually a very interesting one that could be applied in a variety of different fields, from marketing to sports management.

Maybe this course really could teach someone how to be Batman. Sign me up!