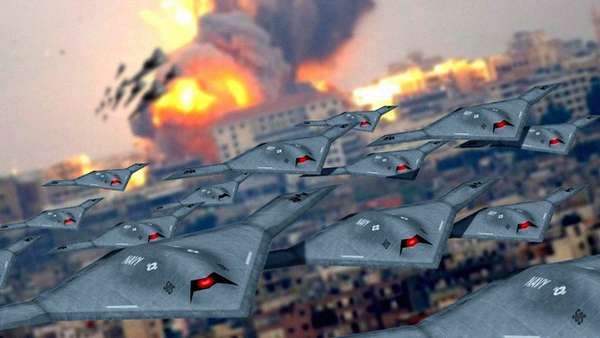 Omar Yusuf — September 18, 2011 — Autos
References: boeing.mediaroom & gizmodo
By reverse-engineering the methods used by insect swarms to communicate and cooperate, the new Boeing ScanEagles can work together in order to recon, surveil or attack preselected targets -- without the assistance of humans.

Imagine hundreds of unmanned airplanes capable of making decisions, designating opportune targets and eliminating them. With the possibility of mass-producing the inexpensive Boeing ScanEagles, it would be foolhardy to dismiss the idea of wars being waged remotely in their entirety.

While project director Gabriel Santander exlcaims, "This is a milestone in UAV flight," I can't help but think of non-military implications. Could the familiar beat cop be replaced by thousands of patrolling Boeing ScanEagles? There's no telling what the world's biggest manufacturer could have in store -- regardless, it'll be shocking and exciting to say the least.
1.5
Score
Popularity
Activity
Freshness