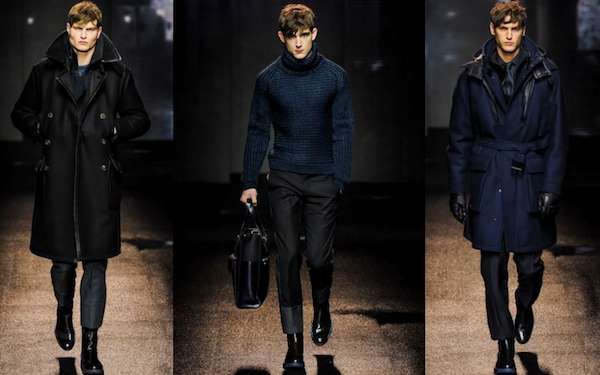 The pieces, which are made for the breezier months of the year, took on a more youthful persona by appealing more to the twenty-something hip crowd. The designer, who usually goes for more colorful choices, has decided to keep things classic with dark blues and blacks. Despite deviating away from his usual color palette, the collection still stays true to the fashion house, which is known for its fine tailored pieces and use of lavish Italian fabrics. Of all the looks, outerwear took the show with its leather trench coats, double-breasted pea coats and high-collared down jackets.

Fall wouldn’t be quite complete without including several layered looks to your wardrobe, which these pieces from the Salvatore Ferragamo fall 2013 would work towards accomplishing.