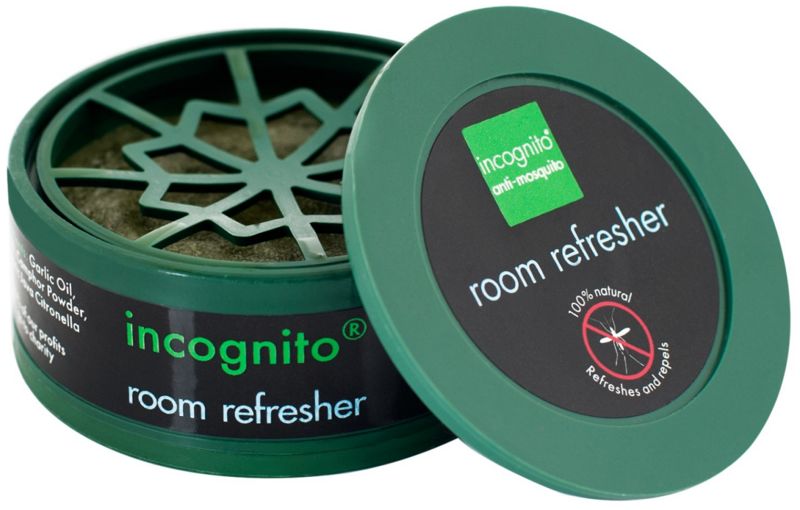 The incognito 'room refresher' is a Non-Toxic Insect Repellent

Katherine Pendrill — May 11, 2017 — Eco
References: lessmosquito
Share on Facebook Share on Twitter Share on LinkedIn Share on Pinterest
In an effort to give consumers a more natural way to ward off mosquitoes in the home, incognito has debuted an ingenious product called the 'room refresher.' Unlike plug-in air fresheners or mosquito coils that emit potentially harmful chemicals, the air freshening device is made from all-natural materials that are safe to use within the home.

The incognito room refresher is an air freshener that is all-natural and 100 percent DEET-free. Instead of toxic chemicals, the air freshener is made from a combination of garlic oil, pine oil, camphor powder and organic java citronella, which emits a pleasant aroma of citrus and fresh pine. The air freshener not only keeps rooms smelling great, but it also helps to keep insects at bay for up to three months.

Vegan-friendly and perfect for those who are sensitive to synthetic scents, the incognito room refresher is a great choice for keeping rooms insect-free.
2
Score
Popularity
Activity
Freshness
View Innovation Webinars