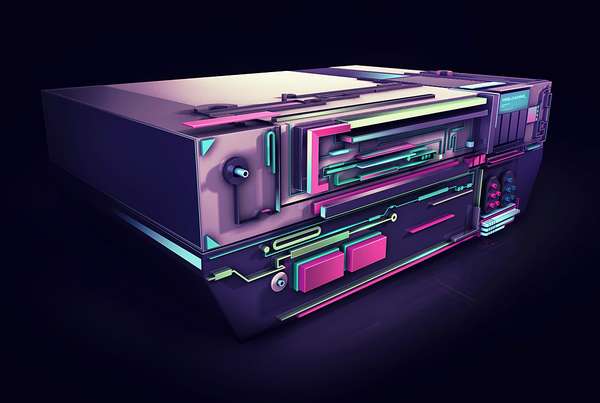 Jason Soy — May 29, 2012 — Tech
References: rikoostenbroek & geek-art.tumblr
Share on Facebook Share on Twitter Share on LinkedIn Share on Pinterest
Rik Oostenbroek is making a lot of noise with his neon digital renderings, and in this particular collection, he’s fused nostalgic gaming devices with futuristic aesthetics. The Nintendo Entertainment System, Game Boy, a NES cartridge and a NES controller have all been retrofitted with TRON-like accents evocative of light shows seen at EDM concerts. These images are so fun and energetic that it just makes viewers want to find their old school consoles and indulge in some 8-bit classics.

For those still unfamiliar with Rik Oostenbroek, he’s an emerging digital artist whose client list already includes the likes of Nike, Mazda, ESPN and Viacom. His work has been used in campaigns seen in Hong Kong, New York, Paris, London, Amsterdam and Milan. Did I forget to mention this Hilversum-based graphic designer is only 22?