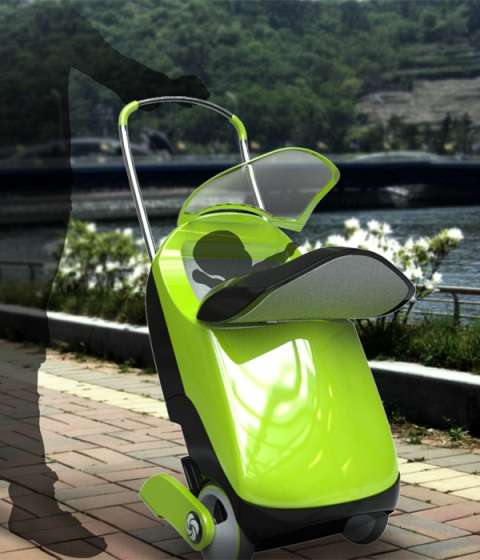 The Ride On is Designed to Tote Both Clothing and Kids

Michael Hines — September 16, 2012 — Life-Stages
References: yankodesign
Share on Facebook Share on Twitter Share on LinkedIn Share on Pinterest
Parents who love to travel are going to want to cross their fingers in hopes that the Ride On goes from concept to reality. The Ride On is a stroller designed to convert into a baby carriage. Kim Yo Hwan designed the concept, which gets its bulbous shape from the look of a pregnant woman’s belly.

The Ride On cuts in half the amount of stuff parents have to bring on a trip, and Hwan’s design can hold clothing and other items while working in stroller form. In addition to being functional, the Ride On is also fashionable, coming in a variety of different colors. As mentioned earlier, this design is still in concept form. However, it isn’t hard to imagine a luggage company either putting the Ride On, or a modified version of it, into production.