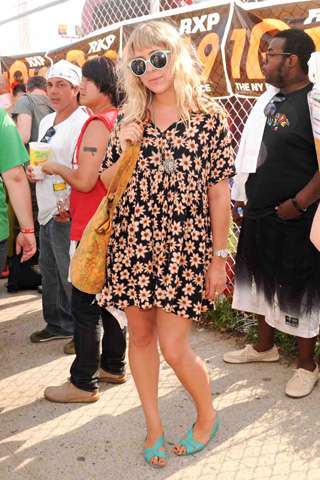 Retro Glasses and Gear at the Siren Music Festival 2009

Funny how fashionistas are in tune at parties even when they may not know each other, or collaborate on outfits prior to an event. The poignant look for the Siren Music Festival seemed to involve funky retro shades and vintage garb.

Overall these folks looked casual, but too cool for school.

Implications - But, oddly enough, that is one of the reasons the hipster aesthetic has made such a deep and lasting impact on contemporary pop culture. While we're certainly only a few years away from a full-scale backlash on hipster style that will likely have many of us deriding hipsters for being an albatross of the early aughts, when you look at these Siren Music Festival captures, it's hard not to be impressed by sheer style and attitude.
5.1
Score
Popularity
Activity
Freshness
Attend Future Festival