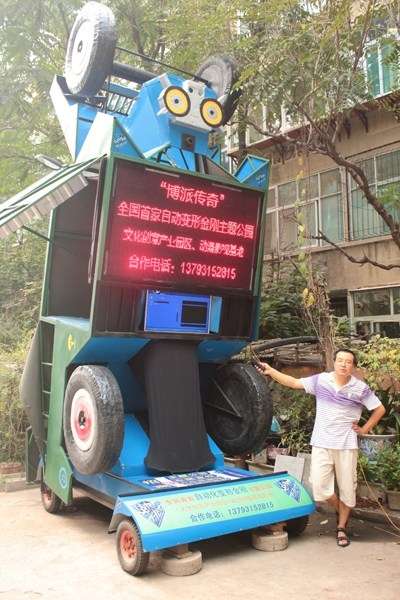 This Real-Life Transformer is an Action Figure for Adults

The Hollywood Transformer franchise created a lot of fascination about the prospect of cars shifting, unfolding and morphing into the ultimate robot companion. A Chinese inventor took it upon himself to create his very own robot by investing six months of his time, a green truck and an LED screen. The car lifts up to reveal the comical robotic face that looks on inquisitively, and the doors extend to become transforming limbs.

More adorable than it is aggressive, the real-life Transformer is approximately 15 feet tall and six feet wide and can be used as a car when not in transformed mode.
0.9
Score
Popularity
Activity
Freshness
Jeremy Gutsche Keynote Speaker

Rad Superhero Rides
The Iron Man Scooter is Worth Marvelling Over