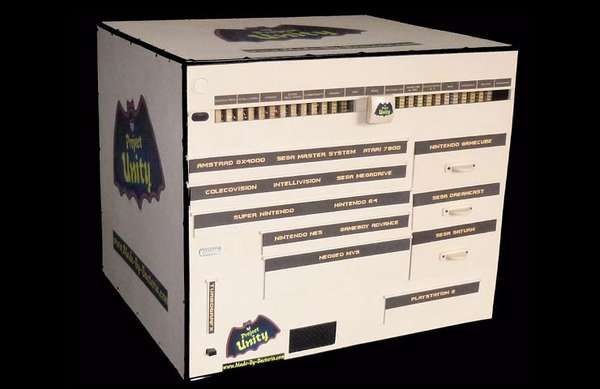 Meghan Young — April 15, 2013 — Tech
References: made-by-bacteria & dvice
Share on Facebook Share on Twitter Share on LinkedIn Share on Pinterest
Project Unity by Bacteria is comprised of 15 classic game consoles. Described as a "Swiss army knife of retro gaming pleasure," by the modder extraordinaire, it is an impressive creation that will have gamers wanting their very own immediately. Considering that it took three years and over 3,500 man-hours to create, that unfortunately won't be happening.

Yet perhaps that is a blessing in disguise. Project Unity by Bacteria offers so many options, it might be too hard to decide what to play at any given time. Valued at $1,075, this massive console comes with one master controller. It also features one SCART output, one power supply, one custom made switch unit, which is equally astounding engineering-wise. From Armstrad GX1000 to Super Nintendo, the gaming will be endless.
2.5
Score
Popularity
Activity
Freshness
Access Advisory Services