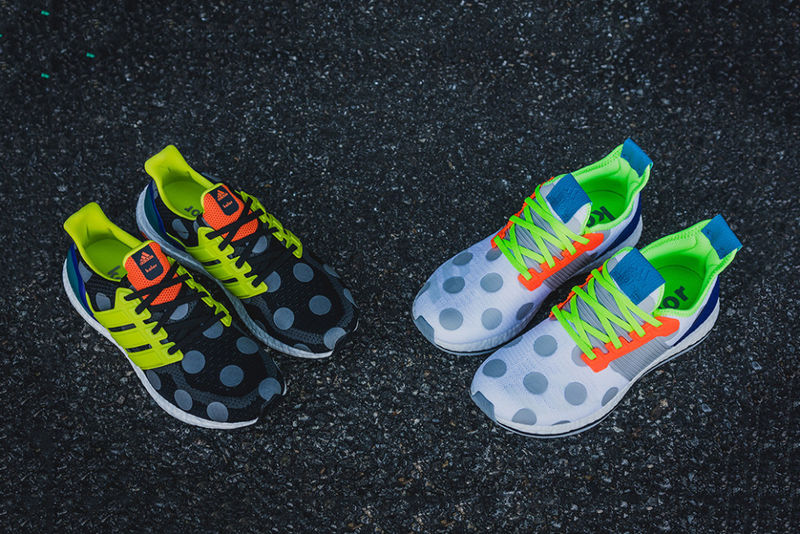 Japan's Kolor Collaborated with adidas for a Playfully Decorated Series

Using the popular UltraBOOST and PureBOOST ZG models, Kolor and adidas incorporate a vibrant colorway into both. The formerly mentioned consists of lime green, black, gray, orange, white, navy and light blue, whereas the latter model makes use of many of the same colors but in a totally different fashion.

The majority of the uppers on each of the polka dot sneakers are covered in the playful pattern, however it's executed in a way that's not overbearing. With this, Kolor and adidas' latest collaborative effort is well-suited to those looking for athletic footwear that pops.
4.4
Score
Popularity
Activity
Freshness
Get Trend Hunter Dashboard