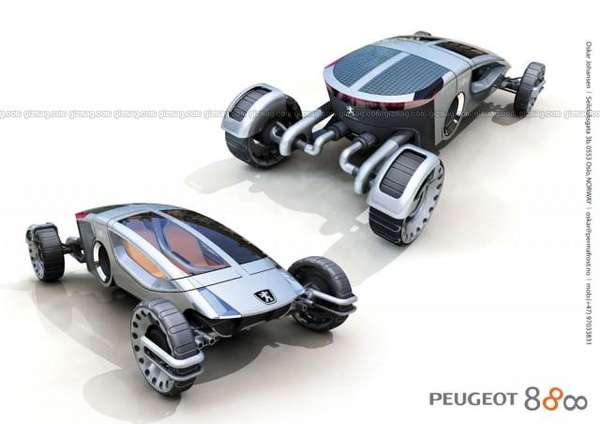 The competition included 2,500 projects which came from 95 countries. 23 finalists were selected including, the 888 Concept car.

The Peugeot 888 concept car was designed to be the ultimate personal vehicle of the future, as described by designer Oskar Johansen. He thinks his concept may solve our fuel problems as his vehicle is an all electric two-seater, designed to shorten the car’s wheelbase for driving in the city.

This unique car has an outstanding hydraulic system that tilts.  This ability enables the driver to raise the cockpit for better view, therefore enhancing quality of visibility.  This also lets the driver increase maneuverability in places with narrow spaces, enabling it to take sharp turns and fit into small spaces. This means the driver will not have difficulty finding parking spaces.

In April 2009, the real 888 vehicle will be shown at the Shanghai Motor Show.
1.9
Score
Popularity
Activity
Freshness
Get Better and Faster