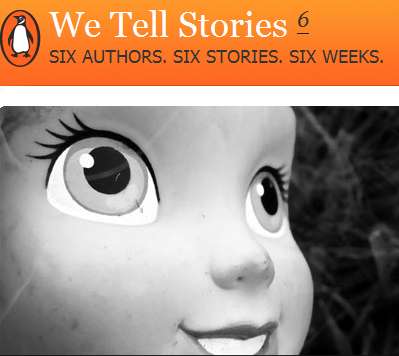 Bianca — March 27, 2008 — Pop Culture
References: wetellstories
Share on Facebook Share on Twitter Share on LinkedIn Share on Pinterest
Story telling is being taken to a whole new level of modern with a digital fiction project from Penguin! The new form of story telling will be found on We Tell Stories over six weeks and will involve six authors and six classic stories... plus a secret seventh story which can be unlocked by clues!

These authors "will be pushing the envelope and creating tales that take full advantage of the immediacy, connectivity and interactivity that is now possible. These stories could not have been written 200, 20 or even 2 years ago," the site says about the project started March 18, 2008

"Penguin UK is launching its most ambitious digital writing project to date. In collaboration with fÃªted alternate reality game designers Six to Start, Penguin has challenged some of its top authors to create new forms of story - designed specially for the internet."

"But somewhere on the internet is a secret seventh story, a mysterious tale involving a vaguely familiar girl who has a habit of getting herself lost," the site adds. "Readers who follow this story will discover clues that will shape her journey and help her on her way. These clues will appear online and in the real world and will direct readers to the other six stories.

"The secret seventh story will also offer the chance to win some wonderful prizes in addition to the prizes on offer on WeTellStories.co.uk, including The Penguin Complete Classics Library, over £13,000 worth of the greatest books ever written."

Book lovers will agree there's a romance to holding real books that no e-book, no matter how good the content, will be able to compete with. With the rise of internet however, print media is hurting. Although publishers understand our desire for paper, they're being forced to come up with innovative ways to keep money flowing to authors. Turning to digital media is a sad reality in keeping with the times.

66 Ways to Tell Stories
From Storytelling Cupcakes to Chain Novels