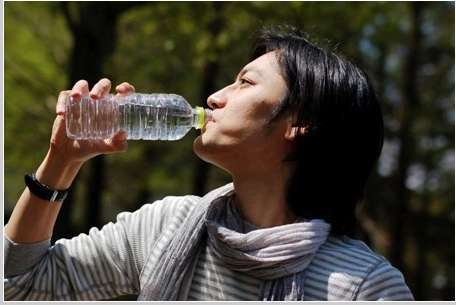 The Bladder Experiment Tests Who Can Hold it the Longest

Erin Kirkpatrick — May 14, 2012 — Unique
References: omocoro.jp & en.rocketnews24
Share on Facebook Share on Twitter Share on LinkedIn Share on Pinterest
Forget arm-wrestling or drinking competitions amongst testosterone-saturated men, ‘The Bladder Experiment’ is changing everything. This competition, if it can really be called that, pits participants' bladders against one another. This event runs on May 26, 2012 at 7:00 p.m. at the Shinjuku LOFT/PLUS ONE with tickets on sale now. The tickets for this event run around ¥1,000, which is approximately $23.

Omokoro -- this is the same office that covered one of its workers in clothespins -- is responsible for The Bladder Experiment. Omokoro’s bladder battle features 6 of its staff members, including the formerly clothespin-clad Sebuyama and Omokoro’s chief editor Harajuku. These staff members will be decked out in diapers and have a water drinking competition in an attempt to see who has the strongest bladder of them all. All of this action will happen in front of a live audience -- let’s hope none of the participants have stage fright. The individual who is able to hold their bladder the longest on stage will be crowned the “King of Steadfast Urine.” Although tickets are on sale for this event, it will also be broadcast live on the web at Ustream and Nico Nico Video.