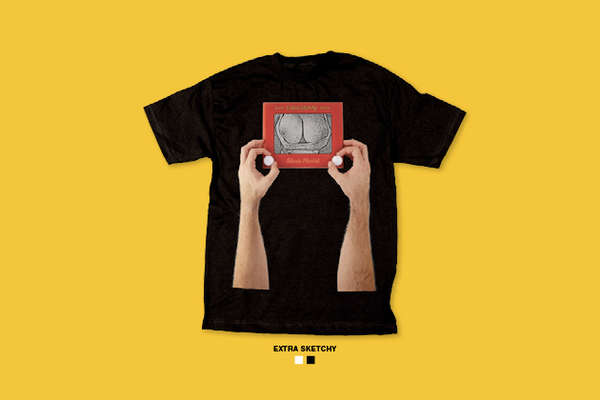 Jonathon Brown — February 12, 2013 — Fashion
References: skatemental & highsnobiety
Skate Mental has released its spring 2013 collection of offensive graphic t-shirts in an attempt to rile up some controversy ahead of its release.

Some of these t-shirts are more offensive than others, but all of them carry a certain abrasive youthfulness. For instance, one t-shirt features a weed leaf that’s filled in with pepperoni pizza. While this looks odd at first, it makes total sense because few things go better with weed than pizza.

Next, they have a shirt that plays on the Rastafarian name for God “Jah.” Just as you might say “God bless you,” a lot of Jamaican’s say “Jah bless you.” The catch on this slightly offensive graphic t-shirt comes in the image, which features a Rastafarian man sneezing beside the words.

All of these t-shirts can be found on SkateMental.com.

Discrete Marketing Tactics
The Actual Pain Collections Are Not Advertised