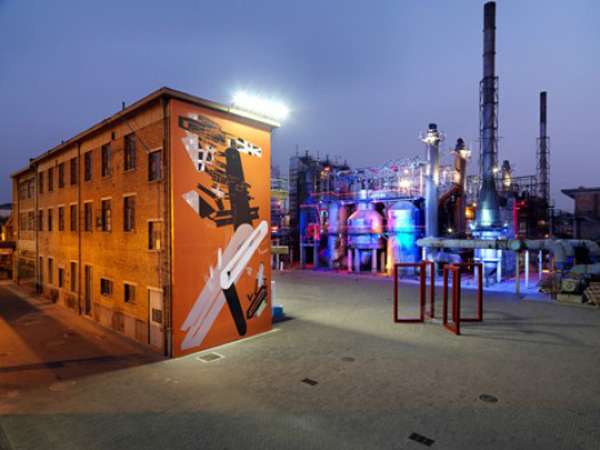 Off Canvas Graffiti Festival by Converse to Grow Following in China

Josh Mears — January 24, 2012 — Art & Design
References: converse.cn & brandingmagazine
Share on Facebook Share on Twitter Share on LinkedIn Share on Pinterest
In celebration of the Chinese design festival, Converse kicked off the ‘Off Canvas’ movement, which showcased graffiti artists from China and worldwide. Converse has long been associated with the rebel culture, and in an act to strengthen those ties and to forge new ties, they've came up with a festival to celebrate the work of graffiti artists everywhere with their Off Canvas festival.

Off Canvas showcased six graffiti artists; Benny Luk, Ying Yonghui, and Nod Young from China were joined by Neville Brody, Ben Eine from England and Niels “Shoe” Meulman from Holland. The exhibition was a hit, as artists showed off their talent over a variety of venues and on several different canvases, all in celebration of China’s new art culture. Off Canvas seemed to align Converse with a new generation of counter-culture enthusiasts in the largest growing market: China.
4.7
Score
Popularity
Activity
Freshness
View Innovation Webinars