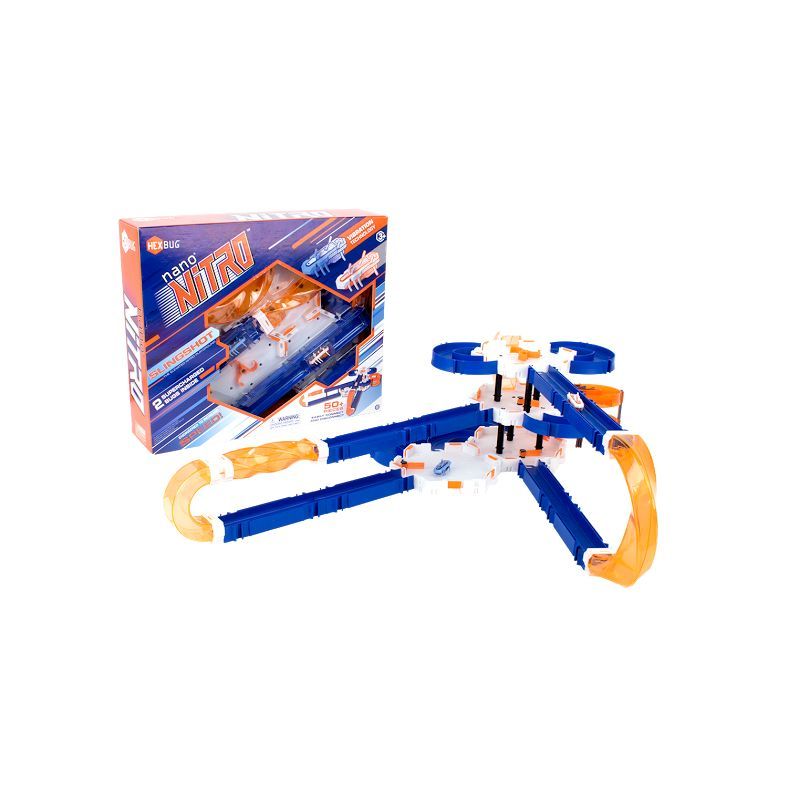 Joey Haar — July 18, 2016 — Tech
References: hexbug
Share on Facebook Share on Twitter Share on LinkedIn Share on Pinterest
The 'nano Nitro Slingshot' from HEXBUG isn't only about fun for kids -- its also a great way to introduce them to robotics and programming. For use with the nano bots from HEXBUG's earlier lines of toys, the new Nitro Slingshot is a complex and modular maze that kids can work through in countless iterations.

The bug-like robots that come with the Nitro Slingshot are in themselves impressive. They skitter just like a cockroach and will automatically flip themselves upright if knocked over. In the context of the Nitro Slingshot, this means that the bug bots will run through a child's maze at all costs. The creativity and robotics knowledge comes in the design of the maze itself; the Nitro Slingshot comes with several different obstacle components, including multiple levels, twisting tunnels, loops and curves. This means kids will have to understand the cause and effect of their maze designs if they want it to be completed.
2.1
Score
Popularity
Activity
Freshness
Get Better and Faster