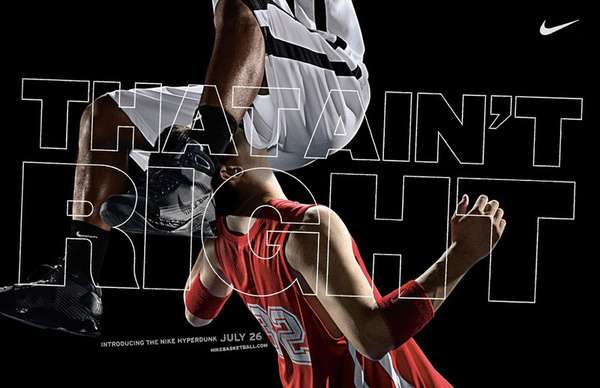 mediterranean — July 24, 2008 — Marketing
References: wkstudio.typepad & thegayrecluse
Nike has plastered some pretty homophobic ads all over Harlem in anticipation of the July 26 debut of the Nike Hyperdunk shoes. Oh Nike, why'd you have to go and do this?

The print ad causing the most negative feedback in the gay community is the bold â€œIt Ain't Rightâ€ slogan on the ad which shows a man's face placed right in another man's crotch.

The rest of the ads are less direct, but still play on the idea that two male bodies close to each other is gross.

We have to thank Wieden + Kennedy studio for the foolish and irresponsible ad campaign. Special mention to copy writer Edward Harrison and his 'that ain't right' copy which should go in the hall of shame:

**NOTE: after all the controversy, Nike decided to pull the ads.