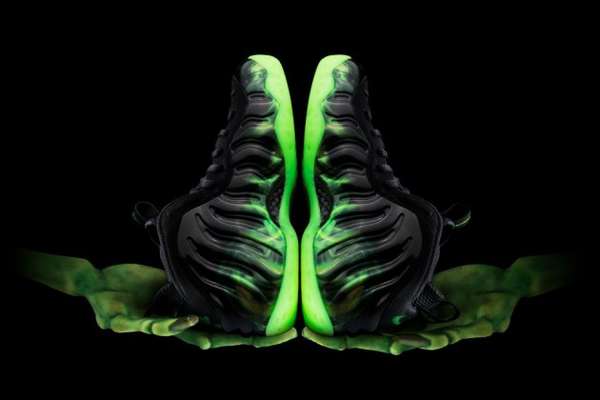 Cody Turner — August 16, 2012 — Fashion
References: highsnobiety & highsnobiety
Share on Facebook Share on Twitter Share on LinkedIn Share on Pinterest
In honor of the new animated film 'ParaNorman,' the 'Nike Air Foamposite One ParaNorman' shoes are set to be released. The movie is set to premier on August 17th, and Nike plans to release the shoe around the same time.

The ParaNorman sneaker comes with a bunch of tiny details, including the words "Weird Wins" embroidered on the the heel's pull tags, the letters "P" and "N" on the tongues and glow-in-the-dark green soles. These supernatural sneakers are sure to be a hit on the basketball courts.

ParaNorman is an animated film that involves a misunderstood boy who has the ability to speak to the dead and has to save his town from a century's-old curse.
5.6
Score
Popularity
Activity
Freshness
View Innovation Webinars