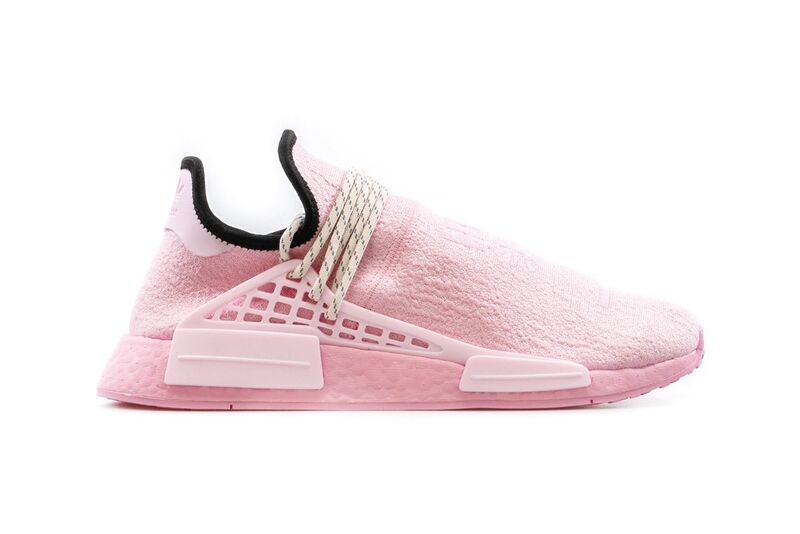 The lightweight and breathable sneakers feature adidas' Primeknit uppers, BOOST midsoles, minimal branding, and synthetic cage components that hold the laces in place. Dual-branding can be found on the backs of the heels, where adidas' logo is shown on one shoe, with Pharrell's name featured on the other. The new NMD Hu models can be picked up in either an all-pink or all-blue colorway, with the latter boasting a bright statement look, whereas the Millennial pink version is more subtle.

The collaborative release is available starting November 7th, and can be found at adidas' web store, or from retailers like Nice Kicks.