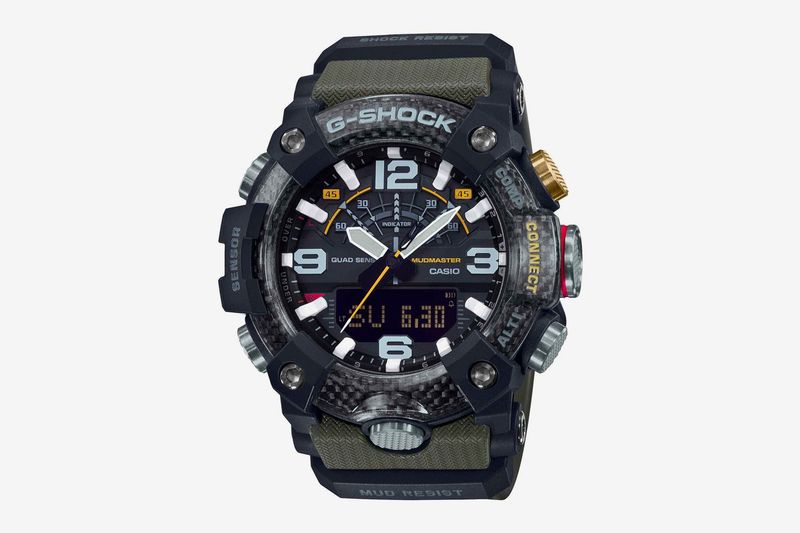 Daniel Johnson — July 11, 2019 — Fashion
References: gshock & hypebeast
The new G-SHOCK Mudmaster will feature a more durable design and more technology than previous versions of the watch. Notably, the watch has Carbon Core Gaurd technology, which increases durability while reducing the weight of the timepiece. There is also a dual-layer caseback, which makes the watch resistant to any debris from its environment. The watch is titled the Casio G-SHOCK Mudmaster GG-B100 and it will be available in the US in August. The watch will have a $350 price point.

Technological integration to the new G-SHOCK Mudmaster includes built-in Bluetooth, which can enable users to link their watch with the G-SHOCK app. Connecting to the app will allow users to auto keep track of time where ever they are in the world. Sensors in the watch include an accelerometer, compass as well as temperature readings.