Top 30 Luxury Trends in May 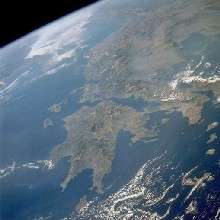 Javier Correas — March 13, 2007 — Eco
References: blackwell-synergy
Scientists at the National Space Center in Denmark assure that the human CO2 emissions to the atmosphere have a minimal effect in the transformation of the world climate compared to another factor, much more harmful but natural: the cosmical rays coming from the explosion of stars, and that reach our atmosphere with more or less strength depending on the magnetic field of the sun. This magnetic field can repel them with more or less power before they reach the Earth.

After 20 years of surveying, it has been proved that there is a direct link between the intensity of that incidence of the cosmical rays and the world climate, which becomes cooler or warmer depending on the amount of existing clouds. Other recent investigations reinforce this Danish discovery, which of course has caused some controversy among the scientific comunity.