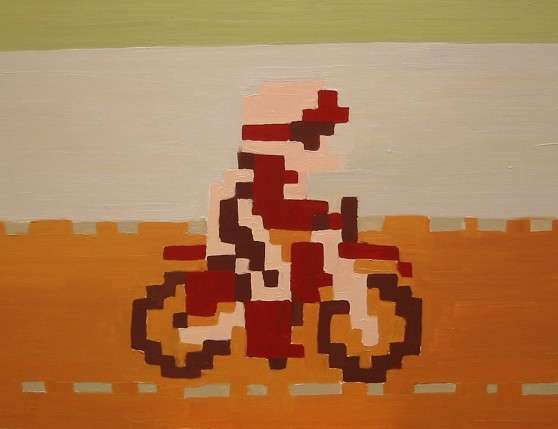 Based on Video Games

Gannon — December 21, 2006 — Art & Design
References: jeremiahpalecek.blogspot
Share on Facebook Share on Twitter Share on LinkedIn Share on Pinterest
Over the past year there has been many new exhibitions throughout the world focusing on video game art.. No, not the usual fan art that one may think of, but more classical imagery that is generally laced with a certain nostalgia for the past. As the games we play become more embedded into our collective memories, it is only natural that artists will begin making art based upon these memories. One of the pioneers of this new form of interpretation is Jeremiah Palecek. A 28 year old painter from the Czech Republic. Palecek maintains a daily painting blog where he sells his works, and has generated a large following after being featured on such websites as boingboing.net, and coolhunting.com. This represents a new era, and Palecek has dubbed himself a pioneer of nerd art. With the popularity of Nerdcore rap growing exponentially, I believe it is only a matter of time before more young painters begin painting their experiences of the virtual world, and embracing their own inner nerds.
2.9
Score
Popularity
Activity
Freshness
Get Trend Hunter Dashboard