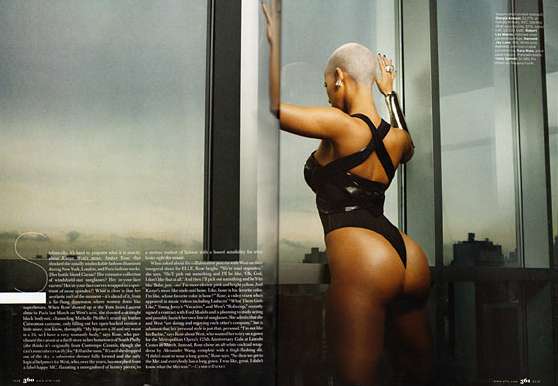 As a stylist, Kanye West leaves little to the imagination, dressing Rose up in a lot of sequins and black leather outfits that show off her curves (Rose tells the magazine she has a 24-inch waist and 38-inch hips). Dulsan Reljin was charged with photographing West’s infamous other half. Although the shoot was completed over a month ago, judging from Kanye West’s recent antics, the 'Naughty by Nature' title is more apt than ever.
6.5
Score
Popularity
Activity
Freshness
Get Better and Faster