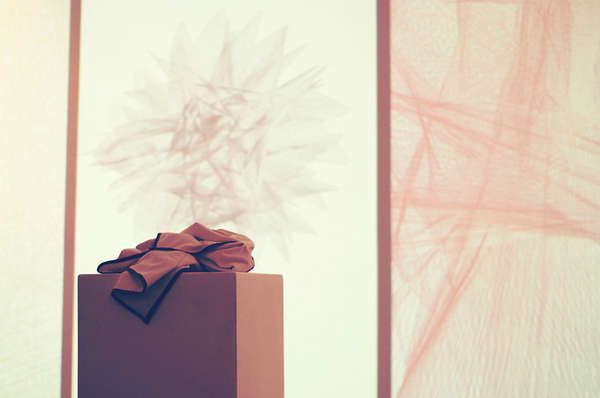 Meghan Young — January 25, 2013 — Tech
References: viraseres & fastcodesign
Share on Facebook Share on Twitter Share on LinkedIn Share on Pinterest
Nama by Luiz Zanotello, a Brazilian designer, may look like a cloth, but there is much more to it than meets the eye. It has been technologically enhanced to create sound and light, thus turning into a musical instrument of sorts. Fabrics can often have a strong presence, be it a fashionable outfit or a flourished flag, so why not make them even more entertaining?

Created for his graduation project at São Paulo State University, Nama by Luiz Zanotello has five accelerometers sewn into it using conductive thread and is connected to a LilyPad Arduino microcontroller. The motion of the cloth is tracked by sensors and sent wirelessly to a computer to translate it into sound and light. By doing so, Zanotello succeeds in creating "something that could relate with its user through purely human feelings and non-verbal channels," as he wanted.
3.6
Score
Popularity
Activity
Freshness
Get the 2021 Trend Report FREE

Stranger Communication Installations
The Branch Out Project Promotes Interaction With Others