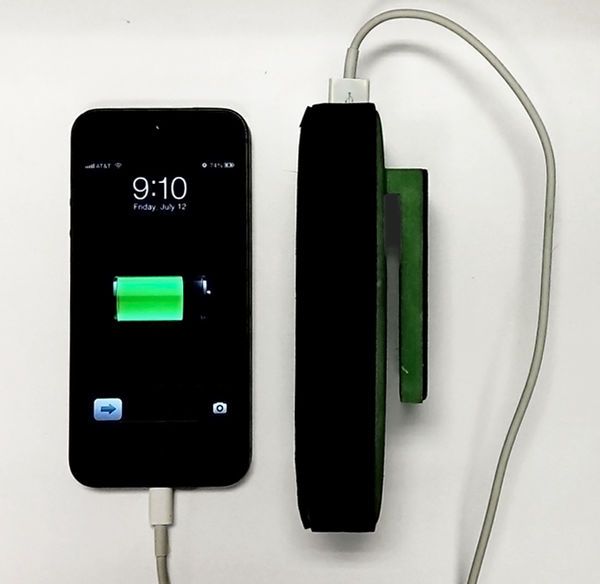 'myPower' Collects Your Kinetic Energy To Charge Your Phone

Tiffany — November 27, 2013 — Tech
References: angel.co & psfk
Share on Facebook Share on Twitter Share on LinkedIn Share on Pinterest
In addition to all the health-inspired devices, apps and gadgets out there, the NUvention Energy class at the Northwestern University in Illinois has recently invented a gadget called 'myPower' that can be carried around with users while they run. A simple 45 minute cardio workout can actually extend the battery life of a smartphone for more than 6 hours! The idea behind it stems from wanting to "find a way to capture energy from human motion to recharge smartphones that die too early in the day [...] and decided to capture energy from running after testing prototypes with fellow runners and potential customers," says the cofounders of myPower to Challenge Cup.

The device is especially invented for taking in the running individual's kinetic energy, storing it so users can charge their smartphone or mobile devices afterwards. 'myPower' is fully rechargeable, comfortable, stylish, and essentially, convenient.
6.1
Score
Popularity
Activity
Freshness
Get Trend Hunter Dashboard