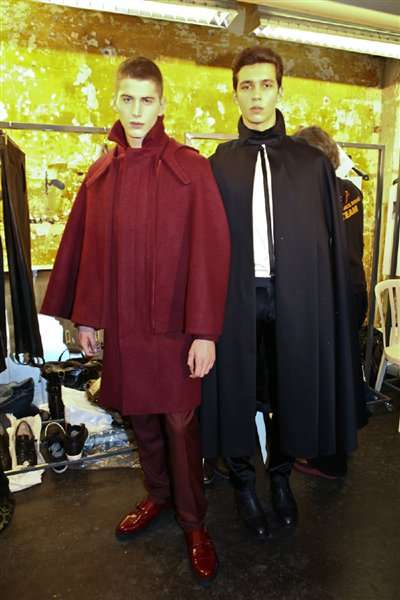 From creative directors Nicola Formichetti and Romain Kremer, the menswear collection featurs the usual surprising combinations of Mugler designs. Pieces include a shimmering, leather button dress, a series of capes, and priest-collared shirts. Although the eery fairytale theme amplified the extreme modernity of the clothing, the collection is still wearable.

The runway performance took a step away from the normal bravado of extravagance typical of Mugler shows. However, the directors kept the audience on their toes with two camera-sporting models. Mugler sent the models down the catwalk with recording cameras strapped to their torsos, with one pointing at the model himself, and the other pointing out into the audience.