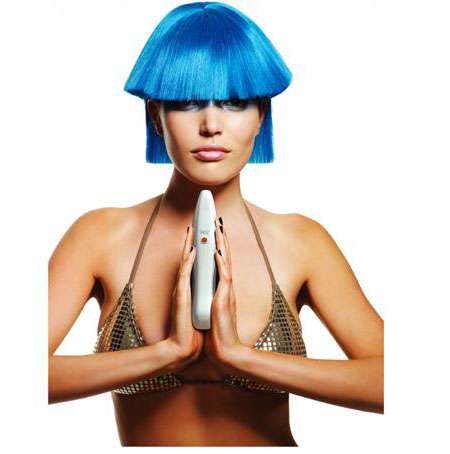 Alexandra Choli — March 11, 2009 — Tech
References: t3 & ctothejl
Share on Facebook Share on Twitter Share on LinkedIn Share on Pinterest
Moving away from sloppy remotes, Nintendo Wii is entering the brainwave era with a slick mind-controlled console. At least this is the thrilling desire of hi-tech dreamers over at T3 Magazine who want to see jaws dropping and brain cells working their way through gaming.

The ground-breaking concept, part of the magazine’s future tech feature, introduces the idea of a Wii headset accessory that allows the mind of the user to control edgy characters through the popular action games and sporting events. Also featuring immersive in-ear headphones for enhanced experience, the cutting-edge Nintendo will be able to capture the brainwaves of the excited gamer and turn it into a digital action in the cyber world.

Inspired by the revolutionary Emotiv wireless device, the Nintendo Wii 2.0 relies on technology that is not simply a spark in the science fiction sphere. I am not quite sure about the brazing blue hair dye, although I admit to the Japanese animation style magnetism, but such novel console I would love to see flirting with my credit card.
4.2
Score
Popularity
Activity
Freshness
Get Trend Hunter Dashboard