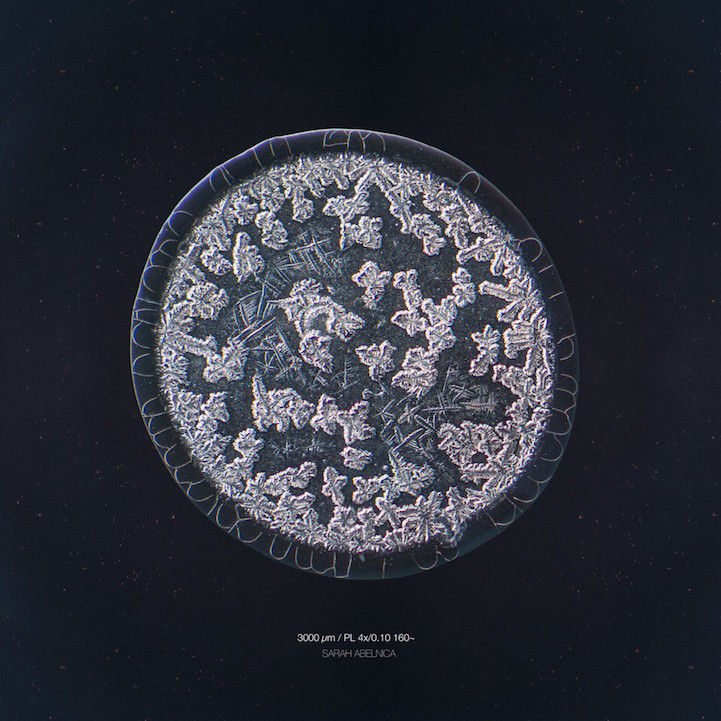 Meghan Young — July 8, 2015 — Fashion
References: mauricemikkers.nl & mymodernmet
Share on Facebook Share on Twitter Share on LinkedIn Share on Pinterest
Not many people would be interested in the "scientific structure of crying," as My Modern Met puts it, since such an act often comes with no shortage of pain, yet Maurice Mikkers delves into the subject matter with enthusiasm. He had friends choose the method that would produce their tears, then captured them with a micropipet and dispensed them on a slide.

From there, Maurice Mikkers captured the visual structure of these different tears under a microscope. What he found was fascinating. As My Modern Met reports, there are three basic types of tears: basal, reflex and psychic. From Maurice Mikkers' photo series, it's clear that each type has its own look as well. The blog goes on to write, "But despite the origin, each image features incredibly intricate details that mimic elements of nature, like pine needles, snowflakes, and tree leaves."
2.5
Score
Popularity
Activity
Freshness
Attend Future Festival