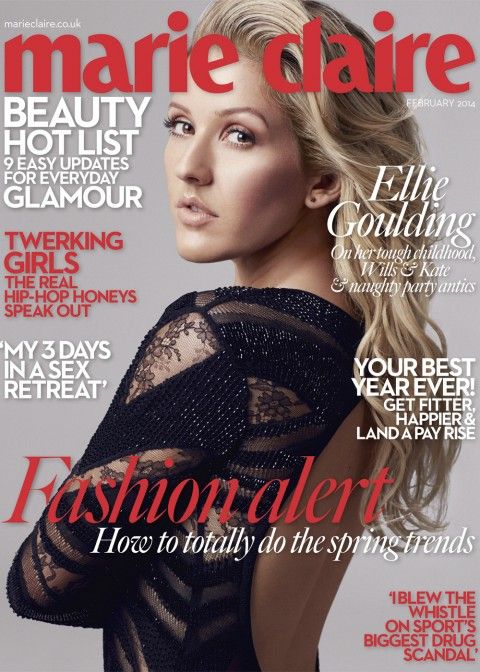 Ashley Noelle Lesiak — January 6, 2014 — Fashion
References: marieclaire & fashnberry
Share on Facebook Share on Twitter Share on LinkedIn Share on Pinterest
Ellie Goulding exposes her more sexy side in this Marie Claire UK February 2014 editorial. For those who don't know, Goulding is a British musician and actress. She has always presented herself differently than most female pop stars. Previously she has had a side cut and pink hair; her style has always incorporated hipster elements.

This Marie Claire UK February 2014 shoot is a massive departure from her usual look. Mostly black items and exposed skin are the bulk of the styling in this editorial. In the cover shot, she wears a black, beaded, backless dress. She poses with her body facing away from the camera, but her head turned back to stare at you, which shows off her bare back. The star's hair is long, blonde and flowing down and her makeup is soft and dewy.
2.5
Score
Popularity
Activity
Freshness
Jeremy Gutsche Keynote Speaker