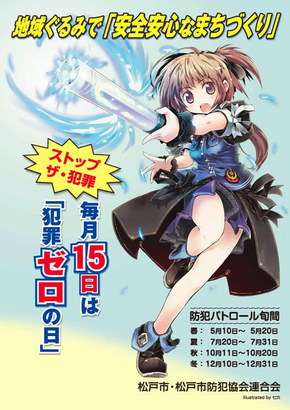 In Japan, there exists a sub-genre of anime that depicts adorable super humans known as Magical Girls (Sailor Moon is the closest resemblance). Harnessing this country-wide love for cute, commanding women, the municipality of Matsudo City have plastered Magical Girl posters across the city that urge citizens to report crimes and obey the law. As part of this new initiative to slow crime in the area, the posters announce plans for 'No Crime Day,' which will take place on the 15th of every month.

For lack of a better explanation, I believe the cultural differences between Japan and its North American neighbors are too vast for this idea to gain currency Stateside. It will be interesting to see whether a lovable cartoon is enough to cut down on crime in the area.
0.5
Score
Popularity
Activity
Freshness
Get Trend Hunter Dashboard