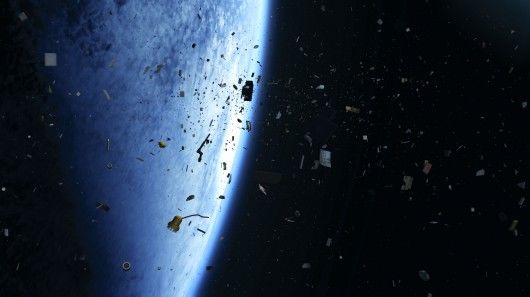 The European Space Agency Wants to Clean Up Low-Earth Orbit

Rahul Kalvapalle — January 20, 2015 — Tech
References: esa.int & gizmag
The European Space Agency is putting together an international workshop that will focus on how best to clean up low-Earth orbit, which is filled with all kinds of man-made debri that pose clear and present danger to the various satellites and other man-made assets floating around in low-earth orbit, at altitudes of around 2,000 km above the earth.

While the probability of space debri colliding with a satellite or space station is small, it's still big enough to demand attention. In late 2014, debri contact forced the International Space Station to fire special thrusters to avoid catastrophe.

The workshop will give companies the opportunity to showcase innovative solutions for low-Earth orbit debri removal and disposal. It will be hosted at the European Space Agency's technical center in Noordwicjk in the Netherlands on March 17 and 18.