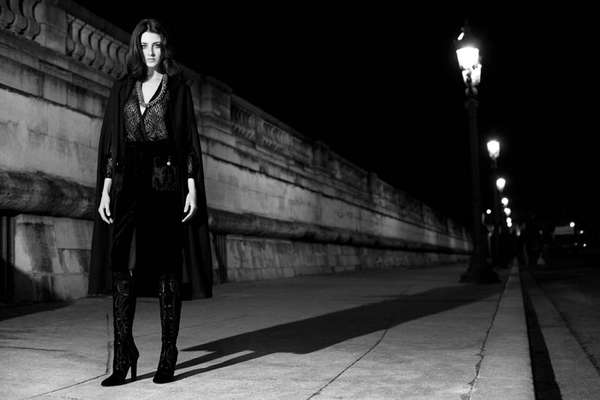 Meghan Young — February 3, 2013 — Fashion
References: lofficiel.tr & fashiongonerogue
Share on Facebook Share on Twitter Share on LinkedIn Share on Pinterest
Paris by night is a magical sight as the L’Officiel Turkey February 2013 editorial shows. Of course, instead of lights and romance, this photoshoot concentrates on a more urban and fashionable take. Rife with mysterious shadows, seductive stares and an overall somber setting, the images perfectly capture the mood of the outfits.

Starring model Cris Herrmann, the L’Officiel Turkey February 2013 editorial showcases a slew of elegant and edgy ebony ensembles. As though a shadow herself, she struts around the city as if she owns it. Expertly outfitted by stylist Ayca Elkap, she has good reason to be so confident. Beautiful and strong, the looks were finished with lush waves by hairstylist Helene Bidard and dark eyes by makeup artist Yacine Diallo.
5.9
Score
Popularity
Activity
Freshness
Attend Future Festival Virtual